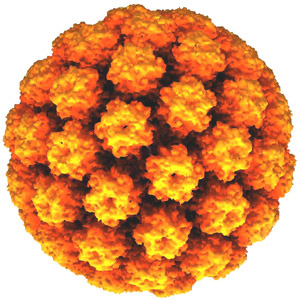 A recently new idea in the world of cancer research is the concept that cancer can be caused by an external organism infecting the body. As we often explore in this blog, cancer is a complex process by which the body’s own cells start replicating out of control and eventually spread throughout the organism, damaging internal organs and tissues . Therefore, cancer itself is not directly linked to infection by an external organism. However, some types of cancer are very heavily associated with infection, the two most famous examples being cervical cancer and gastric cancer. In this post, we are going to focus on the former, which is heavily associated with infection by the human papillomavirus, or HPV.

The vast majority of cases of cervical cases is associated with an HPV infection. HPV is a common virus that is most often transmitted as a venereal disease. When HPV infects a cell, it stimulates the replication cycle of the cell itself. The advantages for the virus are obvious: if the infected cell starts dividing, in a short period of time the virus goes from having infected one cell to controlling hundreds if not thousands of cells (each individual “daughter” cell will also be infected with the same HPV virus that promoted its replication). HPV achieves its goal of driving cell division by inactivating a gene known as p53. p53 is a known tumor suppressor gene, which is usually in charge of keeping cell division under control. Once p53 is inactivated, cells have nothing keeping them reigned in – and start replicating uncontrollably. Uncontrolled cell division hugely increases the risk of tumor formation – as DNA is replicated over and over again, it is more and more likely that small “mistakes” (or mutations) might come up, giving rise to cancer.

HPV infection is actually associated with other types of cancers well as cervical cancer – including oropharyngeal cancer and rectal cancer. Since HPV is transmitted as a venereal disease, this is no surprise. However, the primary route of HPV transmission offers a great opportunity for infection control. HPV transmission is halted by the proper use of contraceptive barrier methods such as condoms, which indicates that safe sex practices can have a huge impact on the spreading of the virus.  In fact, people who use condoms have been shown to stop the transmission of HPV, which in turn means they are reducing the risk of cervical cancer among their partners. Even better, a safe and highly effective vaccine for HPV is available and has been rolled out in many westernized countries over the past decade. The effect of HPV vaccination is bound to become more and more evident as young girls who have become vaccinated over the past few years grow up and become sexually active, thus becoming exposed to HPV but avoiding the most carcinogenic strands of the disease. Of course, both HPV vaccination and safe sex education are under constant attack by certain political and religious group, making them inaccessible (or at least very hard to get) in many parts of the world (including westernized countries).  At the same time, HPV screening programs have huge potential for detecting HPV infections before they give rise to tumors. However, participation in screening programs is closely linked to income and social status, which means that the less affluent portions of the population are at higher risk not only of infection, but of cervical and oropharyngeal cancer as well.

One thought on “The Causes of Cancer: Infection – The case of HPV”

Featured Article Of The Week: Inside Myoblast Differentiation 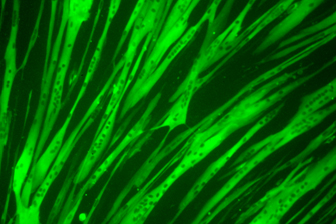 Featured Article Of The Week: Controlling Glycolysis And Cell Proliferation In Mitogen-Stimulated Thermocytes